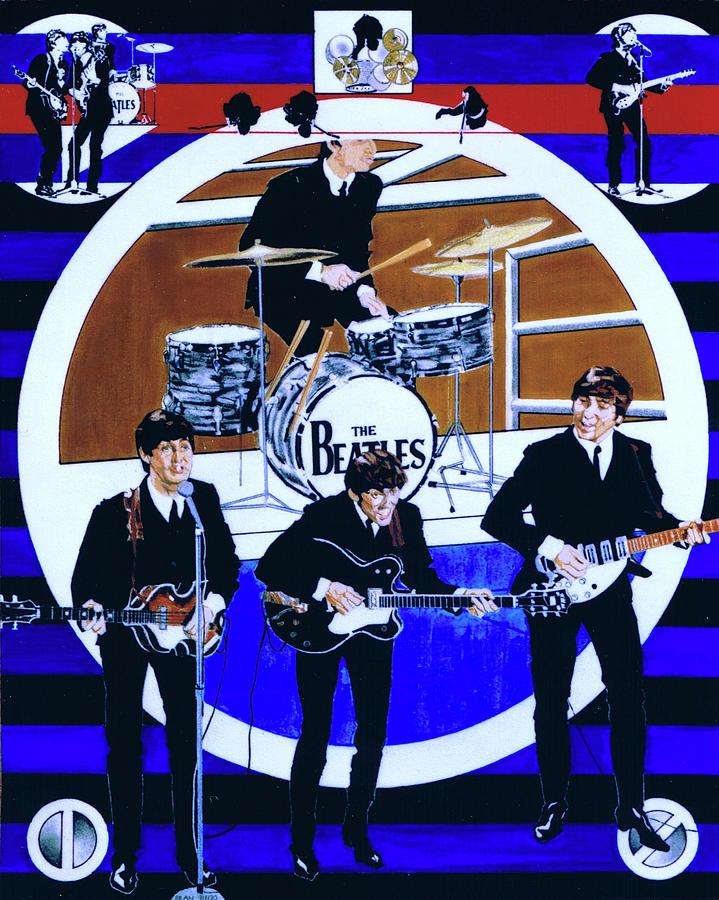 The Beatles - Live On The Ed Sullivan Show

This original drawing is currently for sale.   At the present time, originals are not offered for sale through the Sean Connolly - Website secure checkout system.   Please contact the artist directly to inquire about purchasing this original.

The Beatles - Live On The Ed Sullivan Show

"These youngsters from Liverpool who call themselves 'The Beatles'" ( - - Ed Sullivan)
were beamed into the American public's psyche on that Sunday night. The band's performance surpassed their hype.

I tried to transfer that electricity to paper with McCartney, Harrison and Lennon projecting out of the TV screen (or transistor radio speaker?). The black and blue horizontals suggest a vintage television broadcast.

The band at top, on the left and right, is split by an overhead bird's-eye view of the group, as if they were actual beetles.

Thank you to the buyer in Springfield.

Great drawing of the Beatles!!

Wow! My family and I saw this show! My mom liked them, but my dad thought they needed haircuts! My brother and I went to see them at Shea Stadium, N.Y, when I was 11. My brother, who plays drums, cried for Ringo!!!

Great drawing! it bring back so many memories for me.